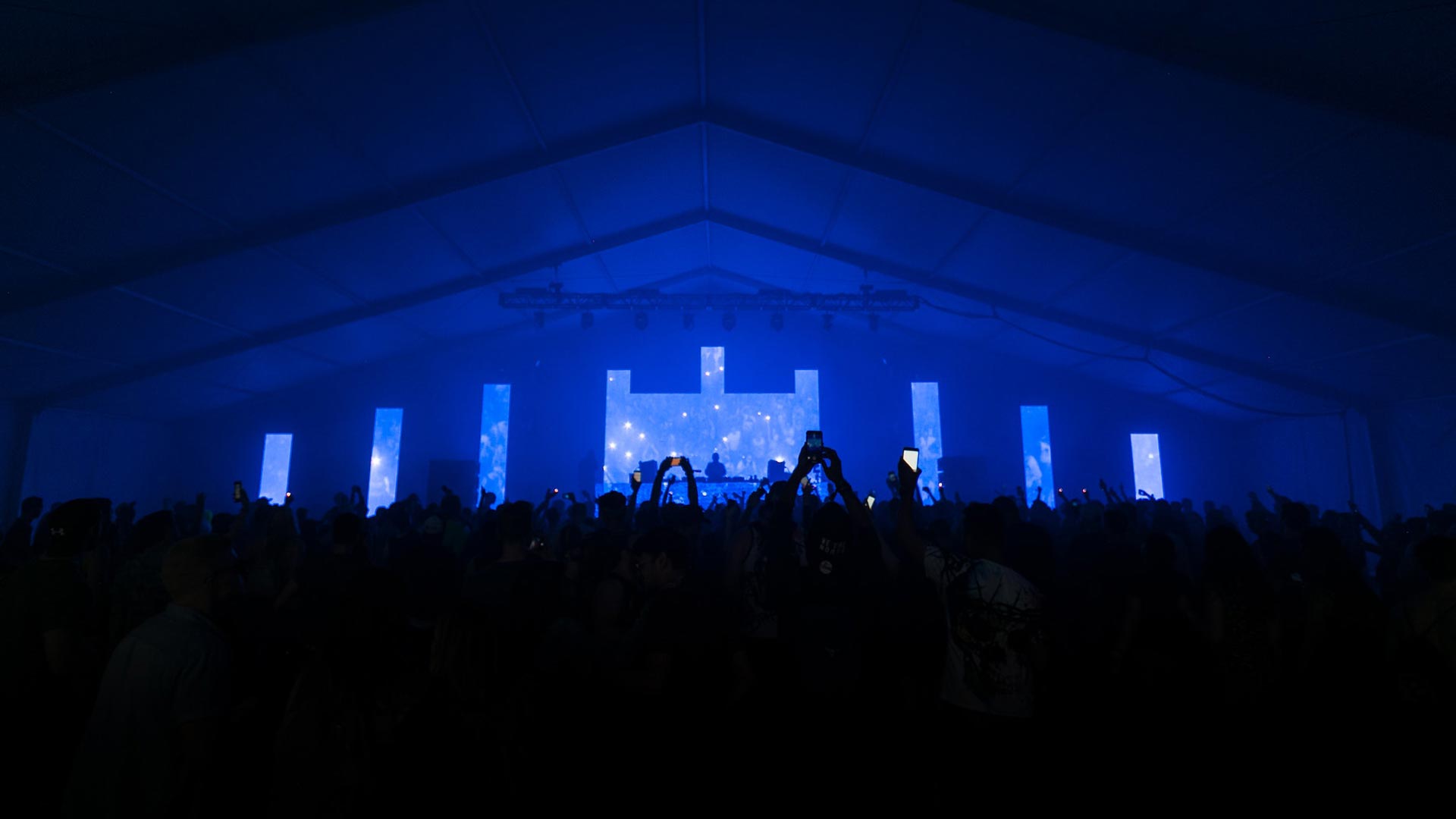 However, I feel that there is more to add to my normal answer.

I was recently asked by a prior guest DJ about the best times to stream to Atlantic Progression to get the most engagement from our audience. This DJ then asked me about the possibility of getting a regularly recurring monthly time slot (recurring time slots are reserved only for our resident DJs).

This is the question that the guest DJ asked me.

“What’s the best time to play on a Saturday for your audience? And how can I do a regular show? I would like to do the last Friday or Saturday of the month, if possible.”

The following was my reply.

Most of Atlantic Progression’s audience is based in the UK and, over the last year of doing shows, we’ve found that Saturday afternoons and early evenings seem to do better than Saturday nights.

In fact, my best engagement rates for the shows I stream have always been on Wednesdays and Sundays. For me, I have never found success doing a regular Friday night or Saturday night live stream. Maybe it’s because people are out doing their own thing. But, that’s just my personal experience.

I have a Wednesday show on Raverholics Radio that starts at 3pm in the UK and I get a decent amount of viewers during that show. My residency slot on AP is the first Sunday of every month and I get a lot of engagement there as well.

Phil (Mindshower) has a residency slot on AP every first Friday of the month and he gets really good viewer numbers. However, he also does a weekly Friday slot on a Raverholics Radio but rarely gets more than just a handful of viewers during that time.

And then there is our newest resident DJ, Dean, who only plays once per month on AP, usually on a Saturday, and he normally gets very high engagement because he’s well connected in the UK underground/progressive house scene.

The biggest advantage that any of us have with the times that we have chosen to stream is the audiences that all three of us have built up over the last 2+ years. I met both Phil and Dean during the 2020 lockdowns in John Digweed’s Bunker sessions. In fact, that’s where I met most of the core audience that we’ve cultivated over the last 2 years.

Before Phil and I started Atlantic Progression, we were doing our own regular live streams on our own channels. We both also had weekly shows on KL Radio for about a year and we both currently have a weekly show on Raverholics Radio (which I’ve been doing for almost 2 years now). Over the years, we were able to build up fanbase that has followed us to Atlantic Progression.

Now, with Atlantic Progression, we’re starting to get into a groove. But, we’re still growing.

So, as to your question of what is the best time to play, an answer to that is not as simple as “5-7pm on a Saturday night.” It took me over a year of experimenting, testing, and consistent live streaming to figure out that I do not have a strong presence on the UK airwaves during Friday or Saturday nights. In fact, for me, Friday and Saturday nights are my very worst nights to play because nobody ever really tunes in.

Phil and Dean, on the other hand, get many of our fans tuning in during their Friday and Saturday night shows. But, you put me on a Wednesday afternoon or a Sunday evening? I can pack them in.

It all really comes down to the following 3 things when it comes to getting good engagement on your live streams:

1. Do you have an established audience already?

We’ve had a few guest DJs who have been frustrated with the engagement during their shows. Just like in real life with at clubs and pubs – if people aren’t familiar with the performing DJ, then the performing DJ is likely to see weak audience numbers. However, in our experience with AP, just like what is typical in a live venue, the more a DJ appears and performs, the more likely they are to connect with and become friends with our existing audience. This translates into better viewership and engagement during their subsequent shows.

2. Can you become a part of the community?

Our audience is very close. We all support each other and we celebrate each other. Our interactions don’t end when the “on air” light turns off. If approach any successful DJ and ask them how to be as successful as they are, 9 times out of 10 they are going to say something to the effect of “get out there and meet and network with the people you want to be like.”

DJs get residencies because they become a part of the scene. This is as true about live streaming DJs as it is in real life. The only difference is that online DJs need to use tools like social media to meet people. Whereas club DJs need to attend live events to meet people. It took me three years to get to 800+ followers on my personal Mixcloud channel. It took Phil over 5 years to get 1.2K+ followers. However, Atlantic Progression isn’t even a year old yet and we’re about to get our 300th follower. It doesn’t seem like much now, but consider that it took me, personally, over two years to get to 500 followers. It takes a lot of work and a lot of networking to build a loyal audience.

Patience is the tool that separates the chaff from the wheat in the DJ world. Patience, or a lack thereof, is what defines a DJ. I can completely understand that we DJs want to be successful sooner, rather than later. Unfortunately, many DJs lose patience early and move on.

If you haven’t guessed by now, it is these three things that we look for when we choose who to bring on as a resident DJ – the DJs who get to have monthly or weekly slots on AP.

You cannot have one without the other two.

You won’t have an audience without the patience to network.

You can’t network without patience and an audience.

And you won’t develop patience without refining your networking skills with an audience.

Obviously, your skill behind the decks is important, but not nearly as important as the ability to connect with and bond with your fans. I’ve only been DJing since 2019. Before then, I didn’t even know what a hot cue or tempo fader was. My audience has grown with me since day one, when I got my very first follower on Mixcloud.

They have heard every fucked up transition I have made.

They have cringed at every accidental “pressed play on a playing deck” that I have done.

They have endured every single out of key mix I have slogged through.

My audience has had just as much patience with me as I have had learning how to DJ. And that is why my audience is the best audience I could ask for. This is why we don’t let just anybody become a resident DJ on Atlantic Progression. Our audience deserves to have their time well spent while listening to the DJs we chose to be a part of Atlantic Progression.

Our resident DJs become a part of the experience our audience expects. And we need to deliver a high quality experience, especially if we’re going to ask them to help financially support us.

When we choose resident DJs for Atlantic Progression, we make the decision based on their willingness to take the time to get to know and engage with our audience. The DJs we give a residency to are networking with our audience after they have stopped their stream. We choose to give residencies to DJs who demonstrate the patience needed to cultivate an atmosphere that is conducive to what Atlantic Progression is all about.

That’s how you can get a residency on Atlantic Progression.

If you are interested in applying for a guest slot on Atlantic Progression, check out our paid guest DJ gig article.

Chad Russell (The Idahoan) is a DJ based out of Idaho Falls, ID. Chad has been DJing since 2019, both as an online live streaming DJ and as a mobile DJ. He is currently a resident DJ for Atlantic Progression and Raverholics Radio, both being online streaming platforms with worldwide audiences. He also provides wedding/event/party DJ services throughout eastern Idaho and western Wyoming. Chad has a background in digital marketing, working in the industry since 2011. Chad currently lives in Idaho Falls with his wife and two children.